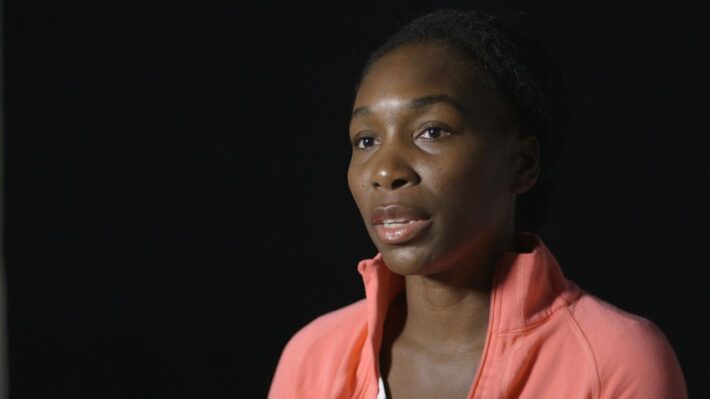 Explore the story of Althea Gibson, the first African American to play and win at Wimbledon and Forest Hills, a decade before Arthur Ashe.

Tennis ace Althea Gibson transcended the annals of African American history, emerging from life as a sharecropper's daughter to become the first African American to win Wimbledon. Born in Silver, South Carolina in 1927, Gibson's family soon moved north to Harlem, where she found a love of tennis so strong that she left high school to study the game with the elite African American players of New York.  With the aid of prominent physicians Dr. Hubert Eaton and Dr. Robert Johnson, she likewise mastered the genteel manner associated with the sport, eventually returning to school, receiving a college education at Florida A&M, and impressing tennis fans across the segregated South. However, she never felt comfortable in the Black middle class.

After first appearing at the U.S. Nationals in 1950, Gibson became the first African American to win in 1957 and again in 1958, as well as the first to win a Wimbledon. Tight finances would lead her to branch out later in life, playing exhibition matches, coaching other professionals, recording a jazz album, and even playing golf, where she became the first African American member of the Ladies Professional Golf Association. In 1968, any fear that she had been forgotten was wiped away by an outpouring of financial support when Gibson at last announced her retirement. She passed away in 2003.

American Masters: Althea celebrates the groundbreaking life of Gibson, from humble beginnings to the heights of stardom and beyond. Her skill and determination are forefront, but her contributions to racial equality in America are not forgotten. However, Gibson didn't trailblaze to be part of a movement. As Billie Jean King said, "She just wanted to play."